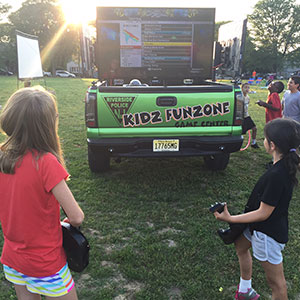 Burlington County Prosecutor Scott Coffina and Riverside Township Police Chief William T. Eliason announced that a New York developer who purchased a historic Riverside commercial building to create luxury apartments in the seven-story landmark has been charged with using the credentials of a potential subcontractor to fraudulently gain approval for electrical permits from the township construction office.

He was taken into custody this morning at the Riverside Township municipal building and lodged in the Burlington County Jail in Mount Holly pending a hearing in Superior Court. The case will now be prepared for presentation to a grand jury for possible indictment.

The investigation began after a contractor who was negotiating with Weiss to be the electrician of record on the Keystone Watch Case Co. redevelopment project noticed that electrical work had begun at the North Pavilion Avenue site, even though no formal agreement had been finalized and he had not applied for any permits.

After being denied access to the construction site by Weiss, the electrician went to the township construction office and was told that 36 permits had already been issued in his name and in the name of his business for work to be done at the property. Further examination revealed that the electrician’s signature had been forged on the permits, which were applied for by Weiss, and a counterfeit version of the contractor’s state-issued embossing seal had been used to make an imprint.

It is alleged that Weiss initiated the scheme as a way to reduce construction costs by fraudulently utilizing the credentials of the licensed electrician to obtain the necessary permits, then hiring unlicensed, unqualified laborers to complete the work at a much less expensive rate.

Not only was the action illegal, but it also jeopardized the safety of the project, as demonstrated by the fact that the electrical work completed after the fraudulent permits were obtained failed to pass inspection.

The Keystone Watch Case Co. building was constructed in 1908 and manufactured gold cases for watches. The company employed more than 1,000 employees in 1918, making it the largest watch case manufacturer in the world. The business was treasured as a strong engine in the local economy, with many employees living close enough to walk to work.

The company closed in 1956, and the building was placed on the National Register of Historic Places in 1977. It was purchased in 2016 by Brooklyn-based SimShabs Capital Partners LTD, of which Weiss is owner and president.

The plans submitted by Weiss to Riverside Township indicated that the iconic landmark, which has a prominent, highly visible clock tower rising above the roofline, would be converted into 64 luxury apartments.

“This is a heartbreaking setback for Riverside officials who for years have been working to jumpstart a renaissance in their township, with this property as the centerpiece,” Prosecutor Coffina said. “This defendant has dimmed the hopes of an entire town by his selfish actions for illegal, personal financial gain, and he will face strong penalties as a result.”

Weiss will be prosecuted by Assistant Prosecutor Andrew McDonnell, supervisor of the BCPO Financial Crimes Unit.

The investigation, which remains active, is being conducted by detectives from the BCPO Financial Crimes Unit and the Riverside Township Police Department. The lead investigators are BCPO Detective Nicholas Schieber and Riverside Lt. Louis Fisher.

All persons are considered innocent until proven guilty in a court of law.